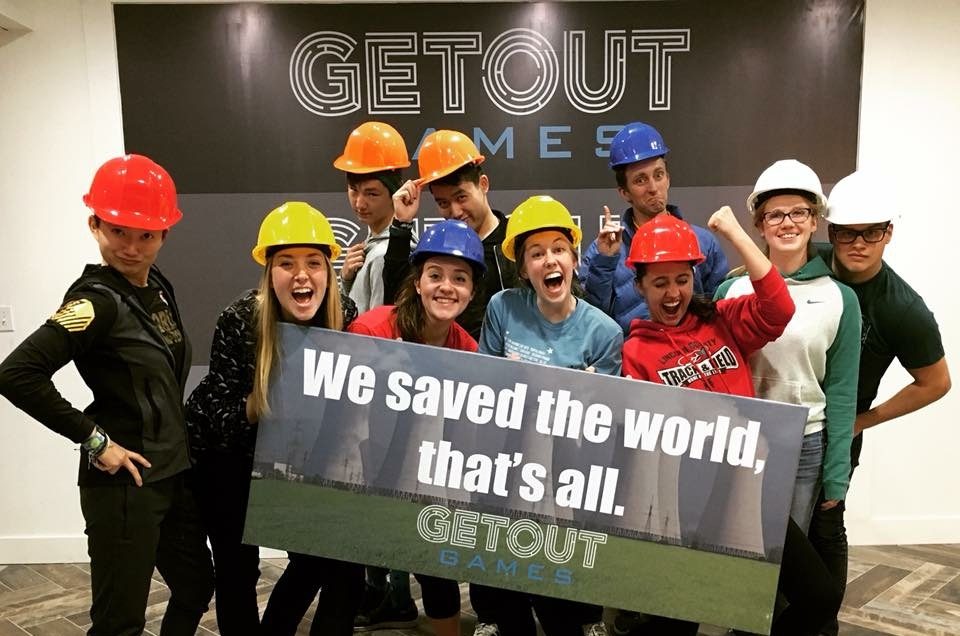 But really.. why are escape rooms so popular?

You’ve heard about them. Maybe you’ve tried one yourself; Escape rooms have exploded onto the scene as a trendy entertainment experience for the clever challenge seeker. If you’ve been lucky enough to take on a high-quality escape room, we think the reason for their popularity should be obvious to you. But if you’ve only been stuck in poorly designed ones, or you’ve never experienced one yet, you may be wondering why they have caught on so much. As devout escape room enthusiasts ourselves (obviously), we at Getout Games submit 4 reasons for why escape rooms are so popular.

Escape rooms allow you to enter situations and environments you’ve never experienced before (but maybe you’ve always wanted to)! Whether you’re on a pirate ship, inside a pyramid, or a mad scientists’ lab, a good escape room really makes you feel like you’re there.

Without a high-quality sensory experience, the mission itself will feel less “real”. But when it’s done right, the suspension of disbelief is easy to come by and it is clear why escape rooms are so popular.

Don’t just watch a movie, LIVE IT. In an escape room, you get to try things you’ve always wanted to try- investigate a crime scene, hack a security system, pull off a heist- you name it. It’s a rush! You COULD pay to go sit in a movie theater and watch someone else save the day, OR you could book an escape room and do it yourself! The wide variety of storylines available is another reason escape rooms are so popular.

The imagination is the only limit when it comes to escape rooms. Every escape room designer works to present something new that guests have never seen before. And with the capabilities of tech and creative design, the puzzles and special effects involved will keep expanding. Every room is a whole new experience!

After going out to eat, you just feel full.

But after completing a mission with only 10 seconds left on the clock with your family or friends, you leave feeling like you accomplished something. You feel smart! That feeling of success in overcoming a challenge us probably one of the main reasons escape rooms are so popular.

Are you ready for some immersive, story-based, and fulfilling fun?