Got a big corporate event, party, family reunion, etc? Choose one of our group packages to make one simple and easy multi-room reservation so everyone can escape at the same time.

Our package options offer a flat rate ($219.99 + tax in Provo, and $249.99 + tax in Salt Lake) for each escape room. Availability and room options differ slightly between our Provo and Salt Lake City locations. Choose the location where you'd like to book a multi-room group activity to see the specific options for that location!

One of the best reasons to choose Getout Games over other entertainment options is how well escape rooms provide a setting to interact closely and get to know each other better. Plus it’s always fun to try something new and so unique together. Group discounts are available!

Create more lasting memories in one hour of Getout Games than in dozens of movies and familiar events. Getout Games is exhilarating for kids, grandparents, and everyone in between.

You’ve told your employees that your company is awesome and fun. Time to show them you mean it. Does Getout Games increase communication and teamwork? Yup. A competitive head-to-head matchup? Oh yeah. Create magical bonding moments that could have made shoulder angels work together? You bet your custom baby seal leather boots. Custom scheduling is also available for groups. Give us a shout. 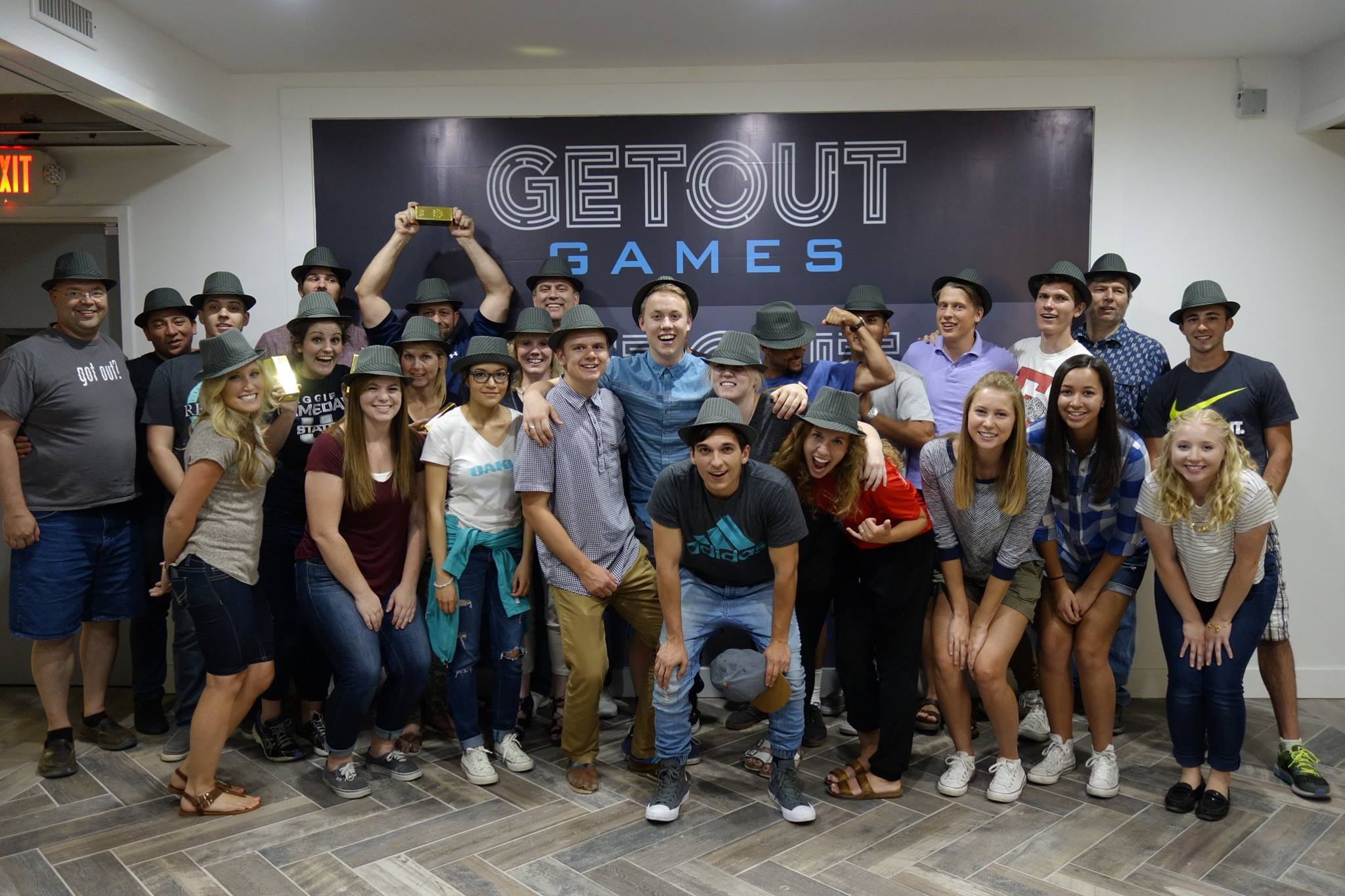 “There are too many people in this room. Someone has to die!”

“Guys this tape measure is fake! Wait….maybe its real. I’ve never actually seen a tape measure all undone before…”

“I say we give up now just because someone farted.”

“Do you guys serve wine?”

“Is 1 Corinthians in the Book of Mormon, or the Bible?”

Man grabs wife and kisses her- “If I’m going to die, it’s going to be like this!”

“The REAL gold is that we got to spend time together…”

Five year old kid- “Can we just give up?”

“That’s a long code. That’s like my wifi code!”

“Well, what should we do now, friends? Give up and die?”

“Where is ‘fire’ on the periodic table of elements?”

“I was THIS close to working at a bakery. And now… I’m a zombie.”

“We’re going to die! Guys, everyone gather around and look at this picture of a baby alpaca while we die.”

*holding up Bible* “The Bible will guide is in the right direction!”

“We’ve got a racist teddy bear!”

“Who is a boy scout that can pick locks?”

“Did anyone bring some ecstasy?”

“What if we put the numbers in alphabetical order?”

“I was so scared I grabbed someone’s boob!”

*sees fortune cookie* The only asian person in the room: “YES. This is my area of expertise.”

“This is so exciting- we are finally going to touch Plutonium!”

“If it comes down to it, I will eat Garrett.”

“Just let Hillary do it. She’s a pro- she took a sewing class.” *said while planning a task that has nothing to do with sewing*

“Wow, we’re so smart when people tell us what to do!”

“It magnets to that magnetizer thing!”

“There are too many cooks in this kitchen!”

“You guys go over there. I already booped him in the belly-button, and he’s the god of death.”

“Machinery… is that a noun?”

“We can’t trust you! You’re trying to lead us astray and distract us just like Satan!”

“I think the colors are numbers of the alphabet. What letter is yellow?”